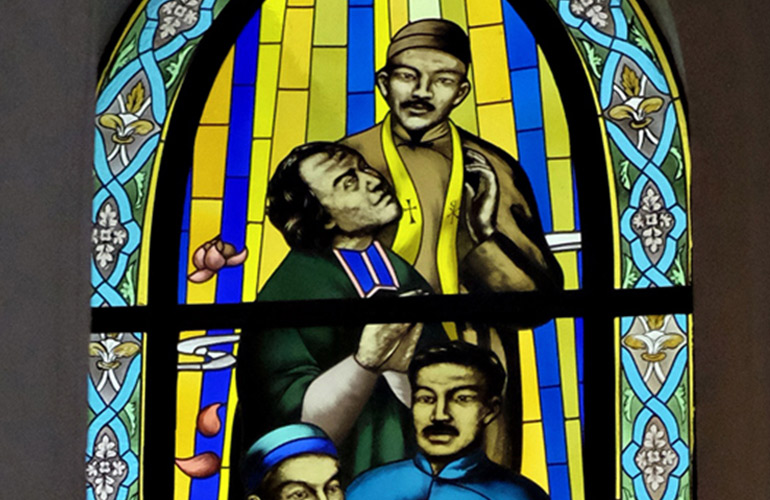 Christianity arrived in China by way of Syria in the 600s. Depending on China’s relations with the outside world, Christianity over the centuries was free to grow or was forced to operate secretly.

The 120 martyrs in this group died between 1648 and 1930. Eighty-seven of them were born in China, and were children, parents, catechists, or laborers, ranging in age from nine years to 72. This group includes four Chinese diocesan priests. The 33 foreign-born martyrs were mostly priests or women religious, especially from the Order of Preachers, the Paris Foreign Mission Society, the Friars Minor, Society of Jesus, Society of St. Francis de Sales (Salesians), and Franciscan Missionaries of Mary.

Augustine Zhao Rong was a Chinese soldier who accompanied Bishop John Gabriel Taurin Dufresse of the Paris Foreign Mission Society to his martyrdom in Beijing. Not long after his baptism, Augustine was ordained as a diocesan priest. He was martyred in 1815.

Beatified in groups at various times, these 120 martyrs were canonized together in Rome on October 1, 2000.