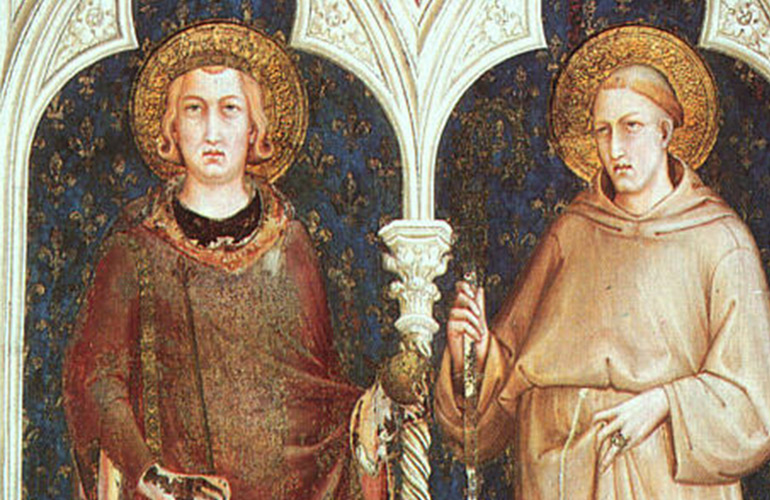 St. Pontian became Pope in the year 230. Five years later, after Pope Urban I, he was exiled to the mines of the Italian island of Sardinia during a period of Christian persecution. There, he decided to resign from his papal office and died a martyr for the faith.

Hippolytus was a priest and well-respected theologian in the early third century. But in 217 he rebelled against the Church when Callistus became Pope. He, too, was exiled in 235 to the Sardinian mines, where he met Pontian. Pontian helped Hippolytus reconcile with the Church bevore he died, and Hippolytus, too, died as a martyr. His writings were important, including "A Refutation of All Heresies", "Song of Songs", and "The Apostolic Tradition".