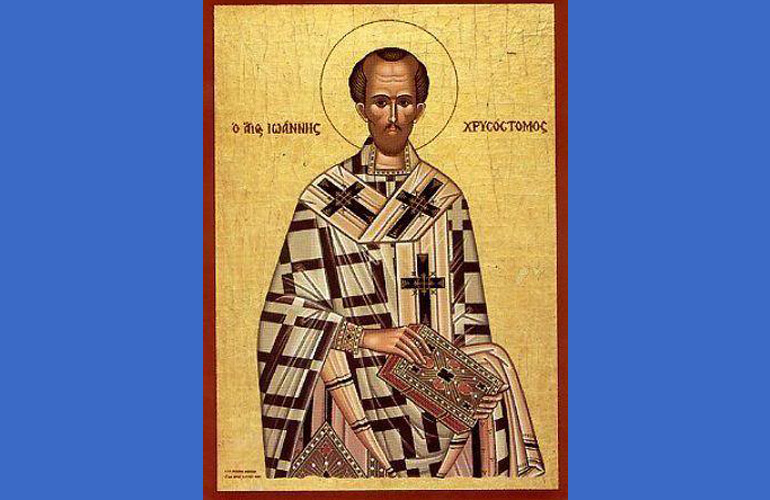 On July 30, the Catholic Church celebrates Saint Peter Chrysologus, a fifth-century Italian bishop known for testifying courageously to Christ's full humanity and divinity during a period of doctrinal confusion in the Church.

The saint's title, Chrysologus, signifies “golden speech” in Greek. Named as a Doctor of the Church in 1729, he is distinguished as the “Doctor of Homilies” for the concise but theologically rich reflections he delivered during his time as the Bishop of Ravenna.

His surviving works offer eloquent testimony to the Church's traditional beliefs about Mary's perpetual virginity, the penitential value of Lent, Christ's Eucharistic presence, and the primacy of St. Peter and his successors in the Church.

Few details of St. Peter Chrysologus' biography are known. He was born in the Italian town of Imola in either the late fourth or early fifth century, but sources differ as to whether this occurred around 380 or as late as 406.

Following his study of theology, Peter was ordained to the diaconate by Imola's local bishop Cornelius, whom he greatly admired and regarded as his spiritual father. Cornelius not only ordained Peter, but taught him the value of humility and self-denial.

The lessons of his mentor inspired Peter to live as a monk for many years, embracing a lifestyle of asceticism, simplicity, and prayer. His simple monastic life came to an end, however, after the death of Archbishop John of Ravenna in 430.

After John's death, the clergy and people of Ravenna chose a successor and asked Cornelius, still the Bishop of Imola, to journey to Rome and obtain papal approval for the candidate. Cornelius brought Peter, then still a deacon, along with him on the visit to Pope Sixtus III.

Tradition relates that the Pope had experienced a vision from God on the night before the meeting, commanding him to overrule Ravenna's choice of a new archbishop. The Pope declared that Peter, instead, was to be ordained as John's successor.

In Ravenna, Peter was received warmly by the Western Roman Emperor Valentinian III, and his mother Galla Placidia. She is said to have given him the title of “Chrysologus” because of his preaching skills.

Throughout the archdiocese, however, he encountered the surviving remnants of paganism along with various abuses and distortions of the Catholic faith. Peter exercised zeal and pastoral care in curbing abuses and evangelizing non-Christians during his leadership of the Church in Ravenna.

One of the major heresies of his age, monophysitism, held that Christ did not possess a distinct human nature in union with his eternal divine nature. Peter labored to prevent the westward spread of this error, promoted from Constantinople by the monk Eutyches.

The Archbishop of Ravenna also made improvements to the city's cathedral and built several new churches. Near the end of his life he addressed a significant letter to Eutyches, stressing the Pope's authority in the monophysite controversy.

Having returned to Imola in anticipation of his death, St. Peter Chrysologus died in 450, one year before the Church's official condemnation of monophysitism. He is credited as the author of around 176 surviving homilies, which contributed to his later proclamation as a Doctor of the Church.