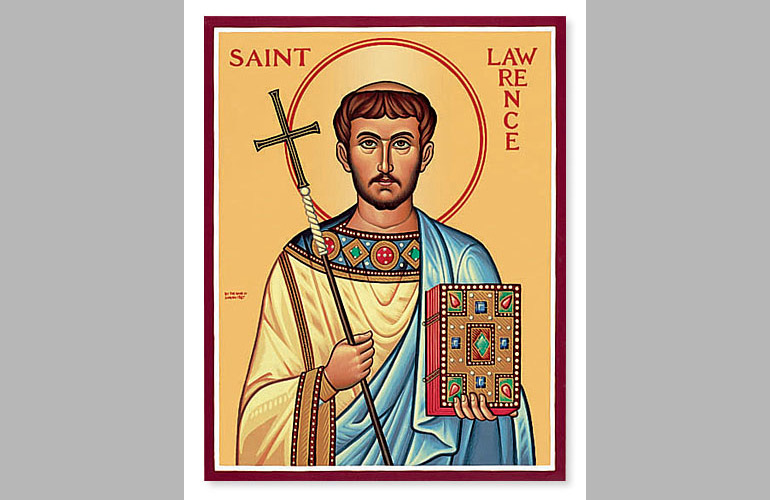 "'Just as Christ laid down his life for us, so we ought to lay down our lives for the brethren.' My brethren, Lawrence understood this and, understanding, he acted on it. In his life he loved Christ; in his death he followed in his footsteps."-- St. Augustine, in a sermon on the feast of Saint Lawrence

Saint Lawrence was martyred on August 10, 258 during the persecution of the emperor Valerian along with many other members of the Roman clergy. He was the last of the seven deacons of Rome to die.

After the pope, Sixtus II, was martyred on August 6, Lawrence became the principal authority of the Roman Church, having been the Church's treasurer. When he was summoned before the executioners he was ordered to bring all the wealth of the Church with him.  He showed up with a handful of crippled, poor, and sick men, and when questioned, replied that "These are the true wealth of the Church." He was immediately sent to his death, being cooked alive on a gridiron

He is venerated as one of the patrons of Rome, along with Sts. Peter and Paul.