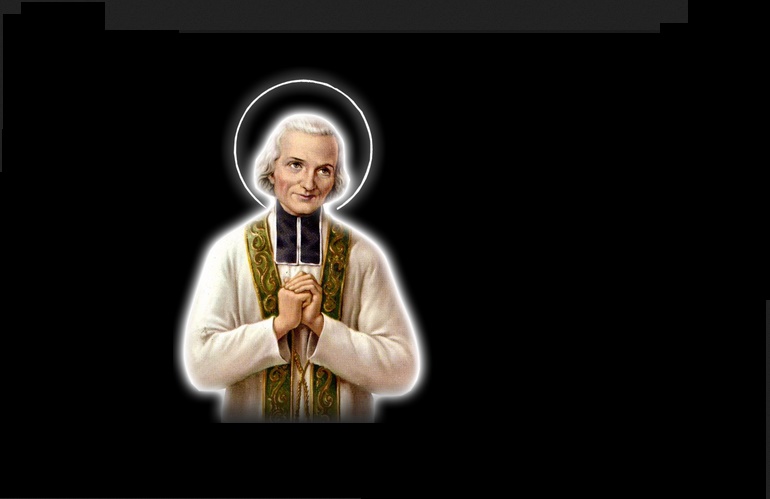 On August 4, the Church celebrates the feast day of St. John Vianney, patron of Priests.

John Vianney, also known as the Holy Curé de Ars, was born May 8, 1786 in Dardilly, near Lyon, France to a family of farmers. He was ordained a priest in 1815 and became curate in Ecully. He was then sent to the remote French community of Ars in 1818 to be a parish priest.

Upon his arrival, the priest immediately began praying and working for the conversion of his parishioners. Although he saw himself as unworthy of his mission as pastor, he allowed himself to be consumed by the love of God as he served the people.

Vianney slowly helped to revive the community’s faith through both his prayers and the witness of his lifestyle. He gave powerful homilies on the mercy and love of God, and it is said that even staunch sinners were converted upon hearing him.  In addition, he restored his church, formed an orphanage, “La Providence,” and cared for the poor.

His reputation as a confessor grew rapidly, and pilgrims traveled from all over France to come to him in the Sacrament of Reconciliation.  Firmly committed to the conversion of the people, he would spend up to 16 hours a day in the confessional.

Plagued by many trials and besieged by the devil, the St. John Vianney remained firm in his faith, and lived a life of devotion to God.  Dedicated to the Blessed Sacrament, he spent much time in prayer and practiced much mortification. He lived on little food and sleep, while working without rest in unfailing humility, gentleness, patience and cheerfulness, until he was well into his 70s.

John Vianney died on August 4, 1859. Over 1,000 people attended his funeral, including the bishop and priests of the diocese, who already viewed his life as a model of priestly holiness.

The Holy Curé of Ars was canonized by Pope Pius XI in 1925.  He is the patron of priests.  Over 450,000 pilgrims travel to Ars every year in remembrance of his holy life.

In 2009, Pope Benedict XVI, commemorating the 150th anniversary of St. John Vianney’s death, declared the Year for Priests.  The Pope wrote a Letter to Clergy, encouraging all priests to look to the Curé of Ars as an example of dedication to one’s priestly calling.