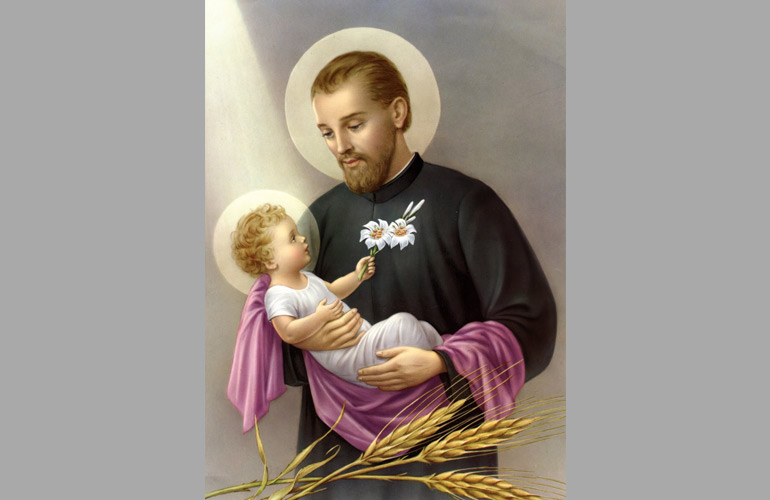 Saint Cajetan was one of the great reformers of the Church during the period of the Reformation, remaining loyal to the Church regardless of the corruptions and excesses that led many others to betray Her.

He was born in October 1480  into a noble family, and received a rigorous education guided by his mother, following the death of his father when he was just two. His studies of canon and civil law led him to work as a jurist in the court of Pope Julius II, which he abandoned upon the Pope's death, in order to study for the priesthood.

He was ordained at the age of 36 and founded a community of priests, who lived a monastic form of poverty and prayer and lived and worked closely with the poor in order to combat the political and spiritual corruption of the times. His order, the Congregation of Clerks Regular, were popularly called the Theatines, after the title of one of his companions, Giovanni Pietro Caraffa, the Bishop of Chieti (Theate in Latin), who later was elected Pope Paul IV.

His concern for the poor always had a strong presence in his life, and he practised charity constantly, whether in personal encounters or in the founding institutions such as a hospital for those with incurable diseases. He even founded a bank for the poor in order to lend money to them without the usual high interest charged by other money lenders.

In 1533 he founded one of his order's houses in Naples where he battled against the growth of the Lutheran heresy.  He died on August 6th 1547, the feast of the Transfiguration. This occurred in Naples when the city was still in serious spiritual, political and social trouble.

Saint Cajetan was canonized by Clement X in 1671.