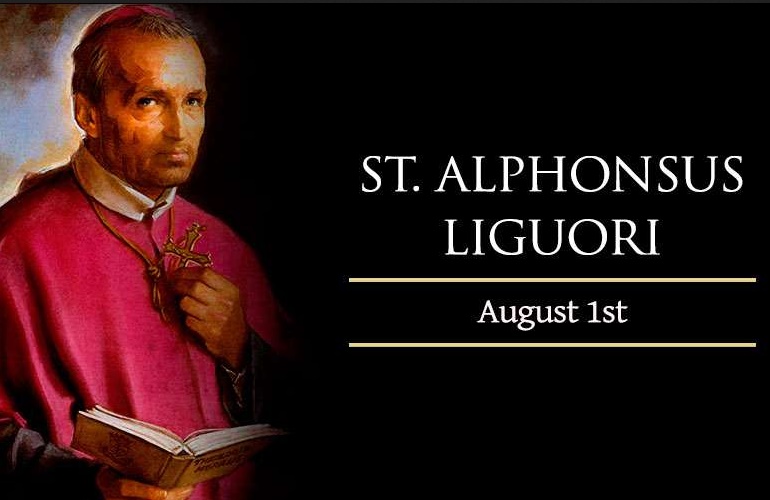 St. Alphonsus Liguori is a doctor of the Church who is widely known for his contribution to moral theology and his great kindness. He was born in 1696 in Naples to a well-respected family. He was very intelligent , even as a young boy, and he became a doctor of civil law at age 17. He resigned from a brilliant career as a lawyer in 1723 when he lost a case because he overlooked a small, but important, piece of evidence.

His resignation, however, proved profitable for the Church. He entered the seminary and was ordained three years later in 1726. He soon became a sought-after preacher and confessor in Naples. His so sermons were simple and well organized that they appealed to all people, both learned and unlearned. However, his time as a diocesan priest was short-lived: in 1732, he went to Scala and founded the Redemptorists, a preaching order.

He was a great moral theologian and his famous book, “Moral Theology”, was published in 1748. Thirty years later, he was appointed bishop, and he retired in 1775. He died just over 10 years later in 1787, and was canonized in 1839.