Saint Joan of the Cross 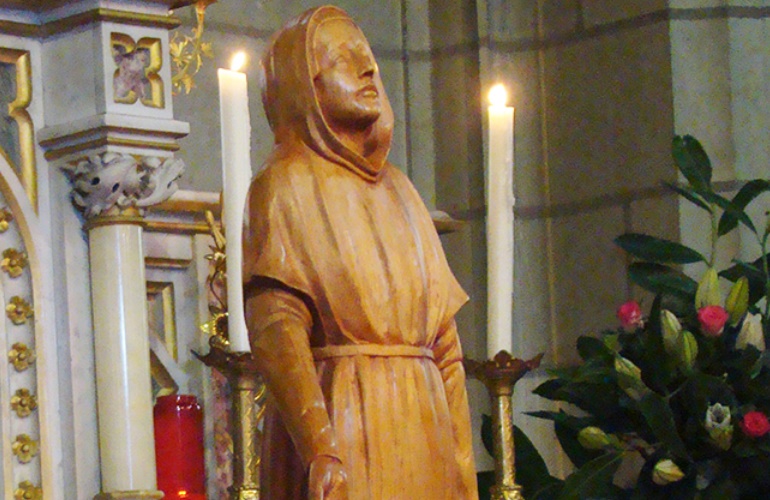 An encounter with a shabby old woman many dismissed as insane prompted Saint Joan to dedicate her life to the poor. For Joan, who had a reputation as a businesswoman intent on monetary success, this was a significant conversion.

Born in 1666 in Anjou, France, Joan worked in the family business—a small shop near a religious shrine—from an early age. After her parents’ death she took over the shop. She quickly became known for her greediness and insensitivity to the beggars who often came seeking help.

That was until she was touched by the strange woman who claimed she was on intimate terms with the deity. Joan, who had always been devout, even scrupulous, became a new person. She began caring for needy children. Then the poor, elderly, and sick came to her. Over time, she closed the family business so she could devote herself fully to good works and penance.

She went on to found what came to be known as the Congregation of Saint Anne of Providence. It was then she took the religious name of Joan of the Cross. By the time of her death in 1736 she had founded 12 religious houses, hospices, and schools. Pope John Paul II canonized her in 1982.