Our Lady of Mount Caramel 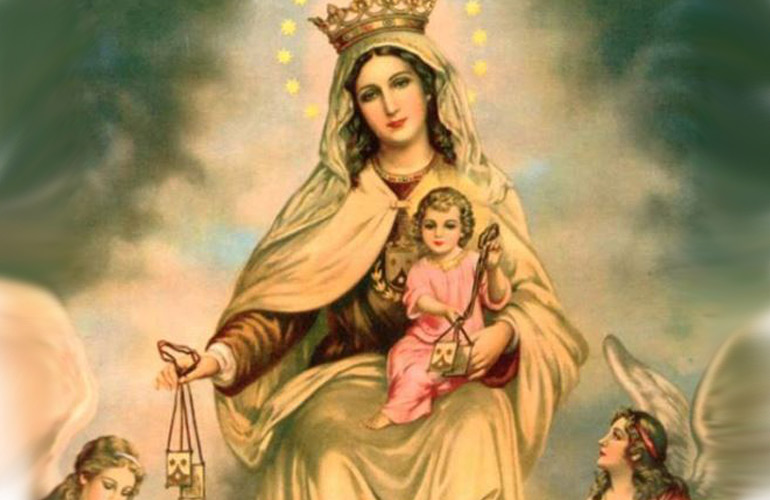 July 16 is the day that the Church celebrates the feast of Our Lady of Mount Caramel. Mount Carmel is the mountain in the middle of the plain of Galilee on which the prophet Elijah called down a miracle of fire from the Lord, to show the people of Israel who had strayed that "The Lord is God!" and that the prophets of Baal were worshipping a false god.

There is a tradition that traces the Carmelite Order's informal beginnings to the prophet Elijah himself, even though there is no evidence of this.

The formal beginnings are attributed to a group of monks who, in the 13th century, began living and praying on the mountain. They venerated the Virgin Mary as Our Lady of Mount Carmel, and from this verenration was derived the name Carmelite.

In 1226 the rule of the order was apporved by Pope Honorius III, and 21 years later St. Simon Stock, an Englishman, was elected superior of the order. On July 16, 1251, the Blessed Virgin appeared to Simon and gave him the brown scapular and promised her protection to all those who wear the brown habit.

Pope Pius X decreed in the early 20th century that this blessing of the Blessed Virgin would extend to all who wear the medal of Our Lady of Mount Carmel.

The feast of Our Lady of Mount Carmel was instituted by the Carmelites sometime between 1376 and 1386.