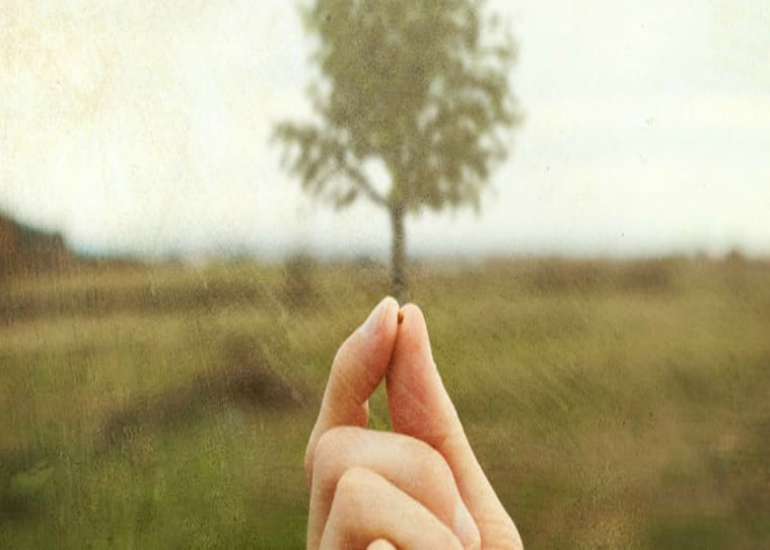 By Joe Palathunkal
It must be clear for all that Jesus did not come to give a new faith but he came to give a new vision about God and human being but over the centuries vested interests imprisoned Jesus in a faith and the original vision that Jesus gave was completely forgotten and as a result Christianity became a blind faith making it impossible to question people who claim to be its custodians and keepers.

Jesus never meant faith to be blind even when he said that if you had faith as tiny as a mustard seed, you can even move mountain; and the faith he meant was faith in oneself and in a loving God which together would form a new vision for whole humanity. This vision meant a new outlook on God and human person which would establish the kingdom of God, not a religion.

But he made them self-confident and courageous by infusing the new vision about themselves and God – love God and neighbour with all your heart, that was the message that challenged a religion infested with blind faith.

The same blind faith made women submissive and subjugated to be the pliable carriers of the yoke of a brute patriarchy that disposed them at will. Man and woman will become one – Jesus declared to a religious culture that kept them as aliens for centuries by making woman as almost as a necessary evil and it created a God that would support their vision and men kept on thanking that God for not creating them women.

To this awful faith Jesus commanded – drop your stones against women and let her go free, don’t depict her sinner to cover up the sins you keep on committing against her and against God.

If Jesus presented a loving and forgiving God, it was the only way to challenge the blind faith of his time. When the same faith kept lepers as untouchables, Jesus touched them to heal and make them whole.

That touch of Jesus on the lepers was the most revolutionary touch in human history proclaiming to every blind faith that keeping another human being as untouchable and excluded is the gravest sin because it is a sin against a loving God whom Jesus called Father when people were forbidden to take even the name of God making him unreachable.

Jesus depicted a God who was waiting to embrace the prodigal son, who will touch the blind and the paralyzed to bring them back to wholeness and strength.

When people’s faith interpreted blindness, paralysis, sickness and other maladies as the result of the sins of the ancestors, Jesus countered them saying it was never so. Blaming ancestors was a clever ploy to transfer the responsibility from oneself to somebody or something but Jesus wanted oneself to take responsibility for his or her life and do the needful.

The woman with haemorrhage did just that – she pushed through the crowd and touched the fringe of his garment but she did what she had to do, that is taking responsibility.

Jesus knew that blind faith makes religious structures and authorities unquestionably powerful making them easily corrupt and the faithful easily submissive and that is why he kept on challenging all of them. He termed them white washed sepulchres, brood of vipers and hypocrites who like big show in public place.

When exhibitionism creeps into a religion, humanity disappears. That is what is happening today – showbiz. Expensive religious structures, unlimited advertisements and total insensitivity to the sufferings of human beings have become the order of the day.

People are forced to have a blind faith in religious authority and the wrath of God as it defines and dictates. Jesus totally went against them and made them sleepless.

When their God sided with the rich man, Jesus told them ultimately it would be the day of Lazarus and be careful, not to create that chasm between Lazarus and the one at the richly laden table.

All these indicate, Jesus never meant a blind faith when he proclaimed that you must have strong faith and even if that faith is as tiny as the mustard seed it can really move the mountain and can calm a raging sea.

Today when various attempts are made to make faith blind and submissive with the connivance of political forces, all of us must recall this Jesus who had challenged such a blind faith giving his own life on Calvary, and remember his Cross is the most powerful weapon against every form of blind faith.