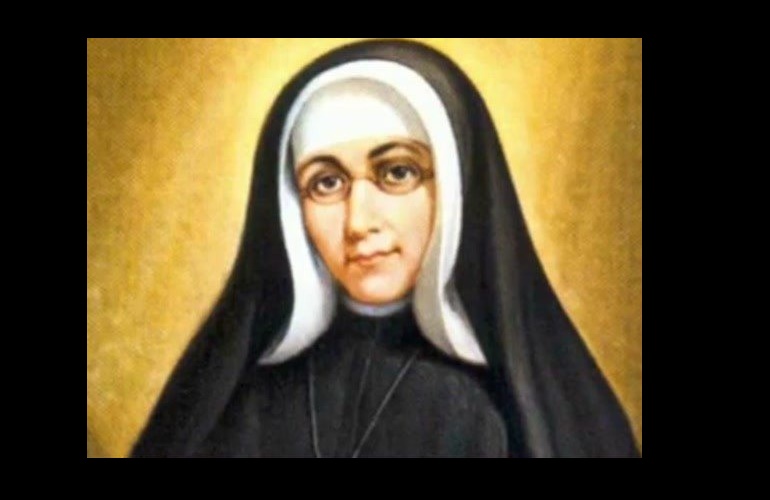 Canada was one diocese from coast to coast during the first eight years of Marie-Rose Durocher’s life. Its half-million Catholics had received civil and religious liberty from the English only 44 years before.

She was born in a little village near Montreal in 1811, the 10th of 11 children. She had a good education, was something of a tomboy, rode a horse named Caesar, and could have married well. At 16, she felt the desire to become a religious, but was forced to abandon the idea because of her weak constitution. At 18, when her mother died, her priest brother invited Marie-Rose and their father to come to his parish in Beloeil, not far from Montreal.

For 13 years, Marie-Rose served as housekeeper, hostess, and parish worker. She became well-known for her graciousness, courtesy, leadership, and tact; she was, in fact, called “the saint of Beloeil.” Perhaps she was too tactful during two years when her brother treated her coldly.

When Marie-Rose was 29, Bishop Ignace Bourget—who would be a decisive influence in her life—became bishop of Montreal. He faced a shortage of priests and sisters and a rural population that had been largely deprived of education. Like his counterparts in the United States, Bishop Bourget scoured Europe for help, and himself founded four communities, one of which was the Sisters of the Holy Names of Jesus and Mary. Its first sister and reluctant co-foundress was Marie-Rose Durocher.

As a young woman, Marie-Rose had hoped there would someday be a community of teaching sisters in every parish, never thinking she would found one. But her spiritual director, Oblate of Mary Immaculate Father Pierre Telmon, after thoroughly—and severely—leading her in the spiritual life, urged her to found a community herself. Bishop Bourget concurred, but Marie-Rose shrank from the prospect. She was in poor health and her father and brother needed her.

Finally Marie-Rose agreed, and with two friends, Melodie Dufresne and Henriette Cere, entered a little home in Longueuil, across the Saint Lawrence River from Montreal. With them were 13 young girls already assembled for boarding school. Longueuil became her Bethlehem, Nazareth, and Gethsemane. Marie-Rose was 32 and would live only six more years—years filled with poverty, trials, sickness, and slander. The qualities she had nurtured in her “hidden” life came forward—a strong will, intelligence and common sense, great inner courage, and yet a great deference to directors. Thus was born an international congregation of women religious dedicated to education in the faith.

Marie-Rose was severe with herself and by today’s standards quite strict with her sisters. Beneath it all, of course, was an unshakable love of her crucified Savior.

On her deathbed, the prayers most frequently on her lips were “Jesus, Mary, Joseph! Sweet Jesus, I love you. Jesus, be to me Jesus!” Before she died, Marie-Rose smiled and said to the sister with her, “Your prayers are keeping me here—let me go.”

Marie-Rose Durocher was beatified in 1982. Her Liturgical Feast Day is October 6.