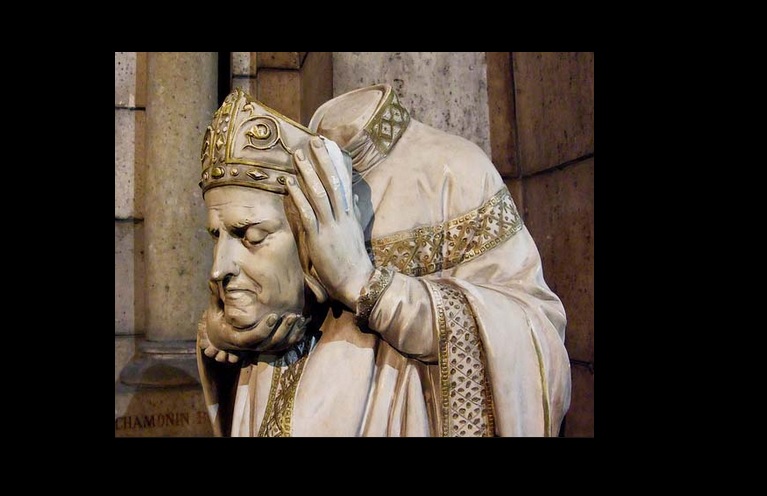 This martyr and patron of France is regarded as the first bishop of Paris. His popularity is due to a series of legends, especially those connecting him with the great abbey church of St. Denis in Paris. He was for a time confused with the writer now called Pseudo-Dionysius.

The best hypothesis contends that Denis was sent to Gaul from Rome in the third century and beheaded in the persecution under Emperor Valerius in 258.

According to one of the legends, after he was martyred on Montmartre—literally, “mountain of martyrs”—in Paris, he carried his head to a village northeast of the city. Saint Genevieve built a basilica over his tomb at the beginning of the sixth century.