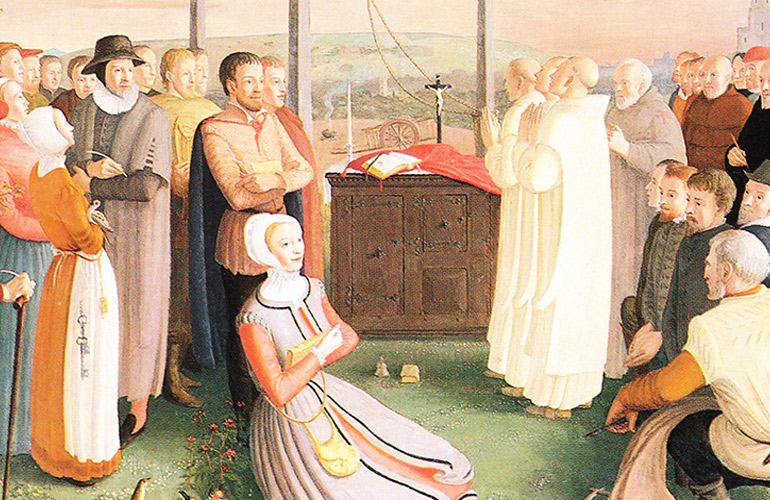 These two friars were martyred in England in the 16th and 17th centuries for refusing to deny their faith.

John Jones was Welsh. He was ordained a diocesan priest and was twice imprisoned for administering the sacraments before leaving England in 1590. He joined the Franciscans at the age of 60 and returned to England three years later while Queen Elizabeth I was at the height of her power. John ministered to Catholics in the English countryside until his imprisonment in 1596. He was condemned to be hanged, drawn, and quartered. John was executed on July 12, 1598.

John Wall was born in England but was educated at the English College of Douai, Belgium. Ordained in Rome in 1648, he entered the Franciscans in Douai several years later. In 1656 he returned to work secretly in England.

In 1678, Titus Oates worked many English people into a frenzy over an alleged papal plot to murder the king and restore Catholicism in that country. In that year Catholics were legally excluded from Parliament, a law which was not repealed until 1829. John Wall was arrested and imprisoned in 1678, and was executed the following year.

John Jones and John Wall were canonized in 1970.